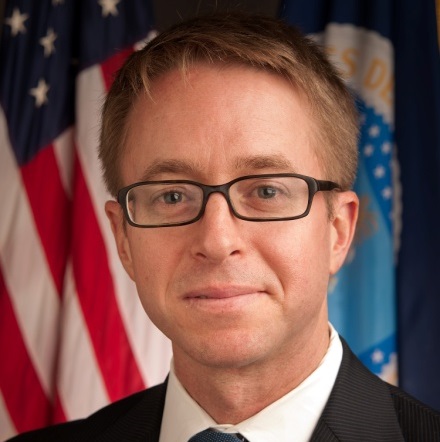 Jason Weller has served as Chief of NRCS since July 2013. As Chief, he oversees programs that help protect the environment, preserve our natural resources and improve agricultural sustainability through voluntary, private-lands conservation.  He leads a staff of 11,500 employees across the country and manages a budget of about $4 billion.

From December 2012 to July 2013, Jason served as Acting Chief of NRCS. Before assuming this role, he served as Acting Associate Chief for Conservation and as Chief of Staff where he worked alongside Chief Dave White and the agency’s national and state leaders to plan and implement strategic conservation initiatives and conduct the annual business operations of the agency.

Prior to joining NRCS, Jason served as a staff member for the U.S. House Appropriations Subcommittee on Agriculture where he provided oversight and crafted bills to fund USDA programs and activities. He also served on the U.S. House Budget Committee where he helped construct the annual congressional budget for agriculture, environment and energy programs. Before that, Jason worked with the White House Office of Management and Budget where he assisted with the development and implementation of the budget for USDA conservation programs.

Before coming to Washington, DC, Jason worked for several years with the California State Legislature where he provided fiscal and policy recommendations on a variety of natural resource conservation and environmental protection issues.

Jason is a native of northern California. He earned his undergraduate degree from Carleton College in Northfield, Minnesota, and a graduate degree in public policy from the University of Michigan.

Jason and his wife have two young daughters and live in Maryland.