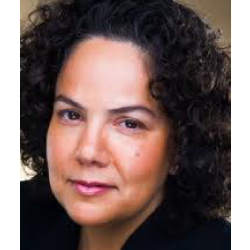 In July 2014, Nancy Sutley was named Chief Sustainability and Economic Development Officer of the Los Angeles Department of Water and Power (LADWP) where she oversees energy efficiency, water conservation, economic development, and electrification of the transportation network.  Prior to LADWP, Nancy Sutley served as Chair of the White House Council on Environmental Quality from January 2009 to February 2014.  Under Sutley, the Council on Environmental Quality played a central role in shepherding the Obama Administration’s signature environmental accomplishments. Sutley was one of the chief architects of President Obama’s June 2013 Climate Action Plan to reduce carbon pollution, prepare the U.S for the impacts of climate change, and lead international efforts to address climate change.

Prior to her appointment as Chair of the Council on Environmental Quality, Sutley was the Deputy Mayor for Energy and Environment for the City of Los Angeles, California under Mayor Antonio Villaraigosa. She represented Los Angeles on the Board of Directors for the Metropolitan Water District of Southern California. She served on the California State Water Resources Control Board from 2003- 2005. Sutley also was Energy Advisor for California Governor Gray Davis, and Deputy Secretary for policy and intergovernmental relations at the California EPA from 1999-2003. During the administration of President Clinton, Sutley worked for the U.S. Environmental Protection Agency as a Senior Policy Advisor to the Regional Administrator in San Francisco and Special Assistant to the Administrator in Washington, D.C.

Sutley received her bachelor’s degree from Cornell University and her Master in Public Policy from Harvard University.  Sutley resides in Los Angeles, CA.