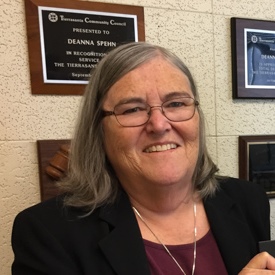 With over 20 years of experience in state and local government, Deanna Spehn currently serves as Special Assistant to Speaker Emeritus of the Assembly Toni Atkins. From 1997 until 2001 Deanna was the Consultant for the Rules, Budget and Intergovernmental Relations Committee for San Diego Mayor Susan Golding, and Senior Advisor to the Mayor on land use, education, transportation, energy, water, the environment and budget. In 2001 she joined Tom Shepard & Associates as President of Public Policy Strategies. From 2004 until 2012 Deanna was Policy Director for State Assemblymember and then Senator Christine Kehoe, until Senator Kehoe termed out. In 2012 she became Policy Director for Assemblymember Toni Atkins. Deanna splits her time between the San Diego District Office and the State Capitol working on legislation and a wide range of policy issues including climate change, sea level rise, energy and water.