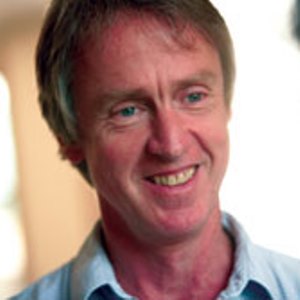 Anthropologist Steve Schwartzman lived with the Panará tribe in Mato Grosso, Brazil for a year and a half in the early 1980s and learned their unwritten language. He subsequently defended his PhD thesis on the group at the University of Chicago. Dr. Schwartzman worked closely with the emerging Amazon rubber tappers’ movement in the western Amazon starting in 1985, and twice brought rubber tapper leader Chico Mendes to the United States. Since 1991, Dr. Schwartzman has worked with the Panará people, and NGO partner the Instituto Socioambiental, to help the Panará in their successful effort to recover 495,000 hectares of their traditional territory and ensure its legal recognition and protection.

Since 2002, Dr. Schwartzman has worked with grassroots groups and NGOs for the creation of a reserve mosaic in the Terra do Meio region of the Amazon state of Pará. Between 2004 and 2008 the Brazilian government, in response to civil society advocacy, created ~8 million ha. of new parks and extractive reserves in the lawless frontier region. This established a continuous corridor of indigenous lands and conservation units of 26 million ha. in the Xingu river basin, the largest tropical forest reserves corridor in the world. Dr. Schwartzman leads EDF’s work with a consortium of Brazilian NGOs, grassroots organizations, government agencies and indigenous and traditional communities to implement and protect the reserves.

Dr. Schwartzman also initiated EDF’s efforts to create large-scale incentives for tropical countries to reduce their deforestation through the United Nations Framework Convention on Climate Change and in the emerging US emissions control regime, with Brazilian and other international partners. He leads EDF’s international work on Reducing Emissions from Deforestation in Developing Countries.