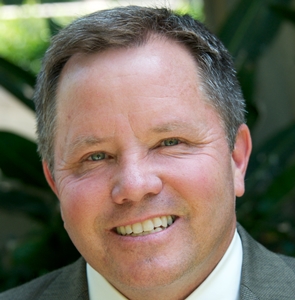 John Nickerson is a California Registered Professional Forester with expertise in forest inventory, forest management planning and the development of forest carbon offset projects and protocols. As Director of Forestry for the Reserve, John works on updating and managing the U.S. Forest Project Protocol and developing forestry protocols applicable to international forests.

John led a two year stakeholder effort under the Reserve to develop forest carbon project protocols, which are now in use throughout the United States. He has considerable international experience focusing on the design and development of carbon accounting methodologies for all types of forest carbon offset projects, including providing forest carbon accounting training to Chinese forestry officials on behalf of the German Technical Assistanc; facilitating a multi-stakeholder working group in Mexico to adapt Reserve forest project protocols for compliance-grade offsets in Mexico; and developing concept documents for the Governor’s Climate and Forest Task Force (GCF) in collaboration with stakeholders from Brazil, Indonesia, and the United States.

During his 20 year career in the field of forestry, he has helped to develop many of the first carbon projects in California, including providing technical input into carbon reforestation project at Rancho Cuyamaca State Park. His work on public lands has included conducting forest inventories for timber management and wildlife population and habitat studies (Tongass and Lassen National Forests). He has developed and conducted many inventory and long-term sustainable management planning efforts for large and small private landowners in California, which have assisted some landowners in obtaining forest certification under the Forest Stewardship Council.

John speaks French and Spanish and once upon a time also spoke Swahili. He holds an M.S. in Natural Resources (Forestry) from Humboldt State University and a B.S. in Biology from Principia College.