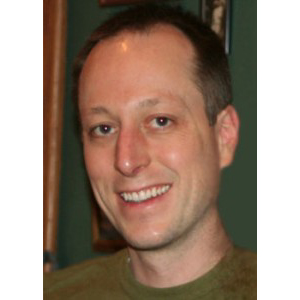 Michael Gillenwater co-founded the Greenhouse Gas Management Institute, and serves as its Dean and Executive Director.

Dr. Gillenwater is a leading expert on climate change and renewable energy, with a specific focus on greenhouse gas (GHG) measurement, reporting, and verification (MRV) issues. He has dedicated his career to the development of the policies and infrastructure needed to produce highly credible environmental information that can serve as the basis of market and other compliance mechanisms, especially monitoring and verification policies and management and reporting systems for GHGs and ecosystem services.

Michael has worked on greenhouse gas emissions and climate change policy since 1995 when we began working on the early studies of sulfur hexafluoride emissions. He is a lead author of multiple Intergovernmental Panel on Climate Change (IPCC) reports, whose work was recognized with the Nobel Peace Prize, and has participated in the United Nations Framework Convention on Climate Change (UNFCCC) process as an expert for almost two decades. For the UNFCCC, he developed and taught the courses that certify experts to serve on compliance review teams under the Kyoto Protocol and has supported both the Clean Development Mechanism Executive Board and the Joint Implementation Steering Committee as a methodology expert. He was also a core advisor to World Resources Institute and the World Business Council on Sustainable Development on the revised edition of the Greenhouse Gas Protocol. Michael has taught courses on GHG management at Princeton and the Harvard University Extension School.

In the late 1990s, Michael co-developed the U.S. Greenhouse Gas Inventory Program within the U.S. Environmental Protection Agency (EPA). He was lead author of the Inventory of U.S. Greenhouse Gas Emissions and Sinks reports published from 1997 through 2003. Michael’s work at EPA concentrated on development of national systems for producing high quality greenhouse gas emission inventories and on designing and negotiating the international compliance review process under the UNFCCC and Kyoto Protocol.

He is widely published, with articles in Energy Policy, Environmental Science and Policy, Environmental Finance, Nature Reports Climate Change, Renewable Energy, and ASTM Journal of Testing and Evaluation. He is the founding co-Editor-in-Chief of the journal Carbon Management, published by Taylor & Francis. Frequently interviewed by the media as an expert, he has been quoted by the New York Times, National Public Radio, Mother Jones magazine, Los Angeles Times, Business Week, and USA Today.

Previously, Michael founded the non-profit Greenhouse Gas Experts Network and was Director of the EcoRegistry® Program at Environmental Resources Trust. Prior to joining ERT, Michael was first with the U.S. EPA’s Office of Policy, Planning and Evaluation and then EPA’s Clean Air Markets Division. He has also worked for Sandia National Laboratories and ICF Consulting’s Global Environmental Issues Group.

He has a masters from the University of Sussex in Evolutionary Adaptive Systems, where he was a William J. Fulbright Scholar. He has two additional masters degrees from MIT in environmental engineering and “Technology and Policy,” as well as a bachelor’s in mechanical engineering from Texas A&M University.