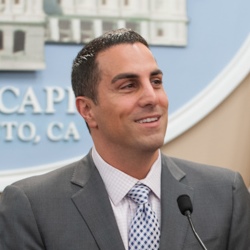 Mike has worked extensively in government and the private sector. For years, he served as District Director to a United States Congressman representing the San Fernando Valley and Burbank. He also served in the administrations of two Los Angeles Mayors. In the private sector, Mike worked as an attorney representing California’s small businesses, assisting them with issues they had with government bureaucracy. Mike has also taught English and given his time extensively to legal clients and non-profit entities who could not otherwise afford an attorney.

Mike is married to Danielle Gatto. They have two daughters, Elliana Vivienne and Evangelina Felicity.