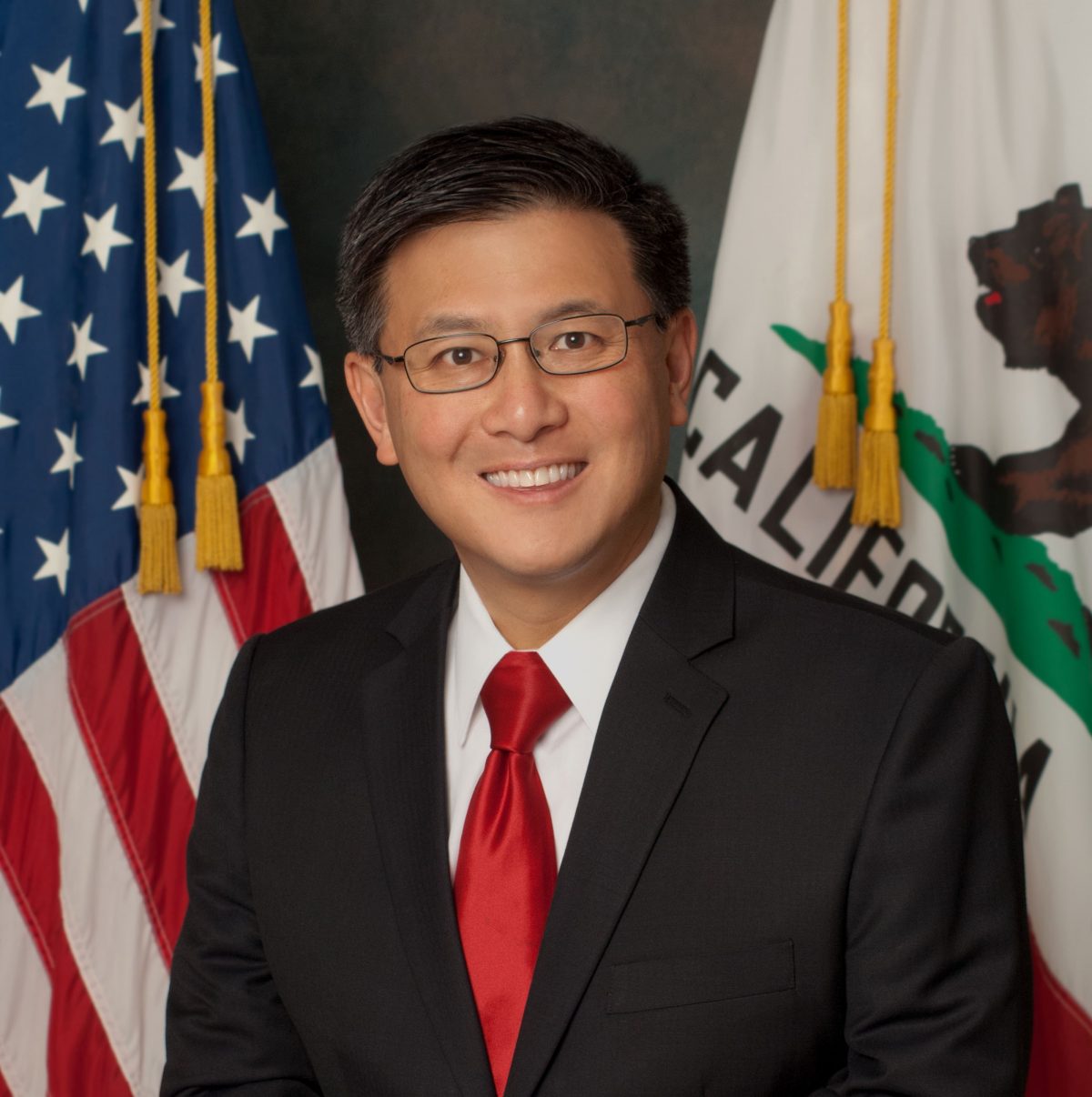 John Chiang was elected on November 4, 2014, as California’s 33rd State Treasurer. As the State’s banker, he oversees trillions of dollars in transactions every year. One of his top priorities is to conduct the State’s business in the most transparent manner possible.
Chiang sells California’s bonds, invests the State’s money and manages its cash. In addition, he manages financing authorities that help provide good-paying jobs, better schools, improved transportation, quality health care, more affordable housing and a cleaner environment. He handles those duties while sitting on the governing boards of the nation’s two largest public pension funds – the California Public Employees’ Retirement System (CalPERS) and the California State Teachers’ Retirement System (CalSTRS).
Chiang has made transparency a top priority, believing that sharing information with taxpayers enables them to hold government officials accountable. In November 2015, he unveiled DebtWatch, a website that offers the public easy access to three decades of data related to debt issued by State and local governments.
Prior to being elected Treasurer, Chiang served from 2007 through 2014 as State Controller, during which time he:

Chiang was first elected to the Board of Equalization in 1998 where he served two terms, including three years as chair. He began his career as a tax law specialist with the Internal Revenue Service and previously served as an attorney in the State Controller’s Office.
The son of immigrant parents, Chiang graduated with honors from the University of South Florida with a degree in finance. He received his law degree from the Georgetown University Law Center.